You are here: Home / Lens and Camera Reviews / Fujifilm XF 18mm F2: the review of a storytelling lens 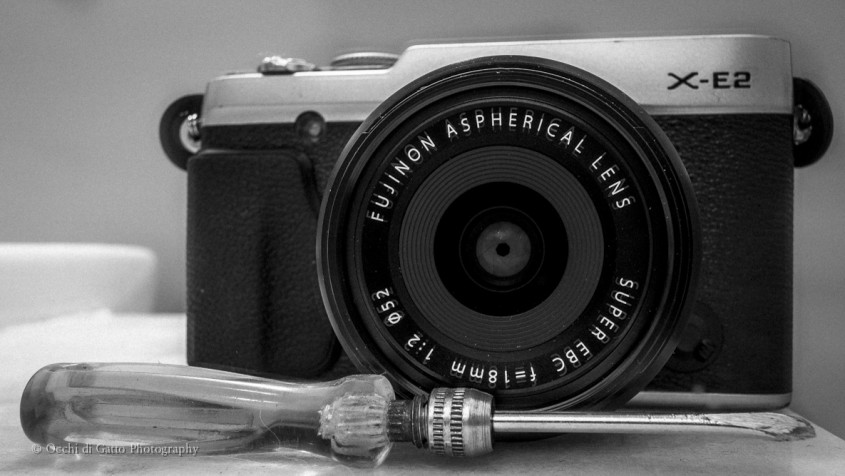 I hate writing reviews about technical gear, cameras, and lenses, but a lot of people ask me hints about which lens is better for telling stories of their lives. Today I’m going to review the small Fujifilm XF 18mm F/2. Most people disregard this lens because (they say) it’s “not sharp at the edges of the frame”. Honestly, I never had to discard any photo shot with this lens because of the lacking of “sharpness at the edges”.  On the opposite, I find this 18mm f2 to be a great lens for several reasons. First of all, it’s a cheap, small and compact lens. I shoot with a Fujifilm X-E2 and I think that coupled with the XF 18mm F2 becomes a very portable and light combo. You lost every excuse for not taking the camera always with you and bringing the camera always with you, as I said here, it’s the best way to be always ready to immortalize the most amazing moments of our lives. The image quality is very good and definitely above the average of the photographers’ needing. It’s a wide-angle lens, equivalent to 27 mm in the Full Frame (35mm) format. Some famous photographers (Garry Winogrand for example) used to shoot with this focal length and they took some unforgettable photos. Be aware: being wide-angle implies that the frame will capture a lot of the world you see and, shooting wisely, this 18mm becomes a powerful storytelling tool. All that said, it’s not an easy lens. The first time you’ll shoot with the XF 18mm F2, everything will look small. Your cat, your best friend portraited, everything will look far and you’ll scream: “Fuck! I didn’t think they looked so tiny!”. Relax, keep calm and breath. Everything is ok. It’s normal. Fujifilm XF 18mm F2 WANTS you to be close to your subject.

Golden rule number 1: get closer to your subject. 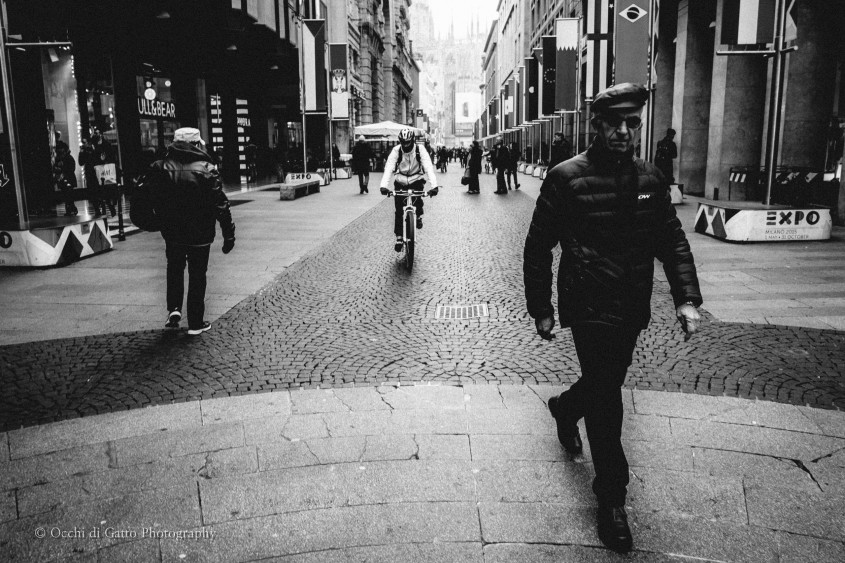 When you take courage and get closer to your subject, that’s when the magic happens: who looks at your photograph feels “there”. The photograph, mainly because of the emphasized perspective, comes to life, becomes tridimensional, gains plasticity and the observer feels just like being there, at the moment the photo was shot. This lens won’t blur away the background in foggy bokeh. Not saying it has a bad bokeh, it’s the opposite indeed: when you are really close to your subject and the subject has some distance from the background, you’ll get a creamy and pleasant bokeh. 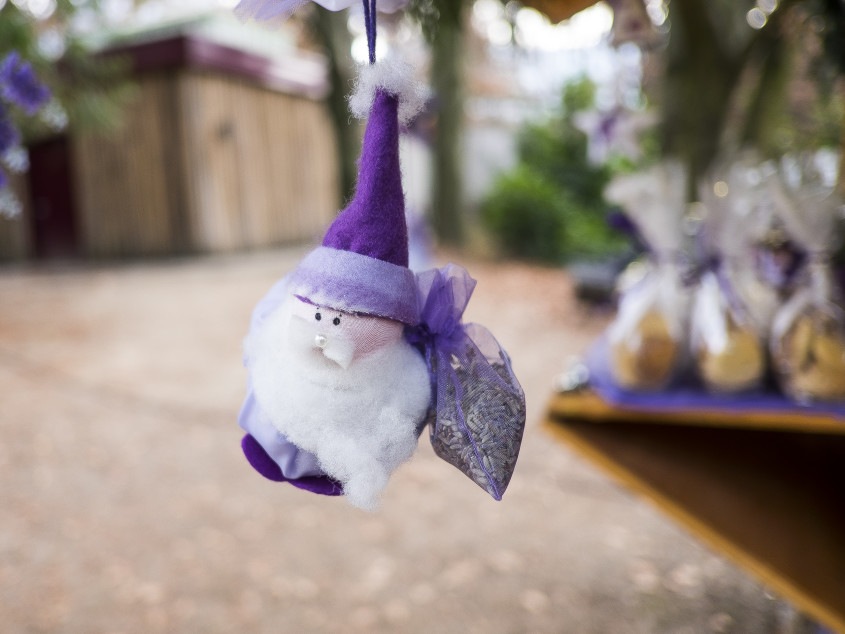 But, most of the time, forget about that poetic and vague fog you get from longer focal lengths. Here comes the

golden rule number 2: the Fuji XF 18mm F2 will constrain you to think before shooting, to balance the composition of the image, to look for power lines capable of leading the observer eye to your subject. 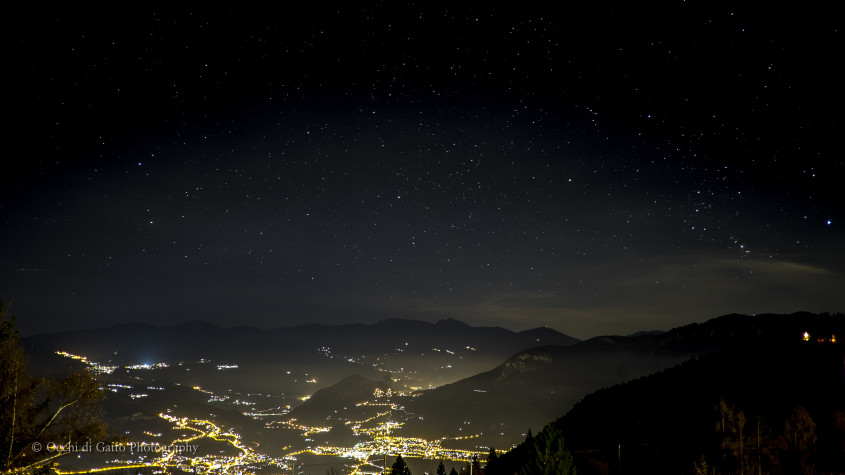 Same here: when you’ll get used and used to this little masterpiece, you’ll really get photographs that uniquely tell stories. And this is the great magic of this small and light lens: the power of telling stories. I don’t believe very much in the theory according to which the so-called “normals” focal lengths (with an equivalent focal length between 35mm and 50mm) are similar to the human field of view. The human eye is able, by focusing its attention, to get a wider or a narrower wide field of view and our brain can pay less attention or more attention to elements captured by the peripheral view. Despite this, this lens is effectively able to capture the scene that hits our eyes at that moment. Imagine a dinner between friends, imagine your friends playing cards at the end of the dinner. I see my friends around a table, soft lights, faces focused on the game, people having fun. Maybe the smoke of some cigarettes goes up to the ceiling. I could shoot a portrait to each of my friends, but it’s with the XF 18mm F2 that I’ll be able to capture the whole scene, the smoky and noir atmosphere; 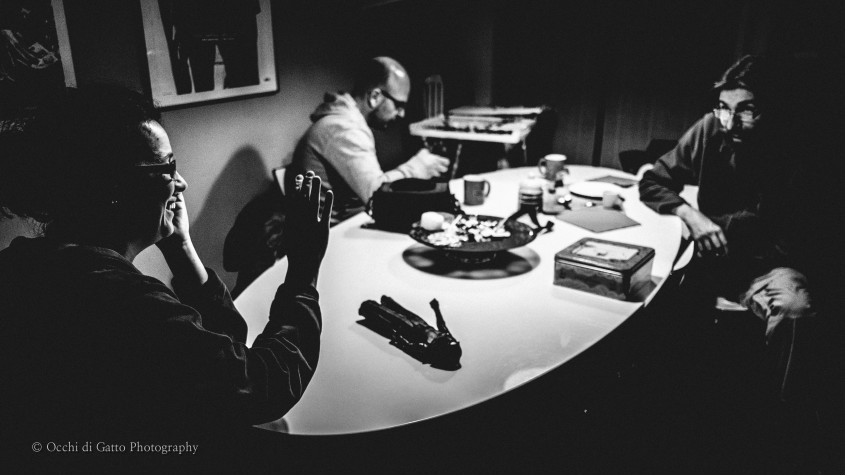 and I’ll be able to capture it discreetly because the XF 18mm F2 Fujifilm is really small and compact. The lens is an F/2 speed so it’s able to shoot also in low light situations (thanks also to high ISO performances of the Fuji X-Trans sensor).

Golden rule number 3: it’s not the ideal lens for portraits. 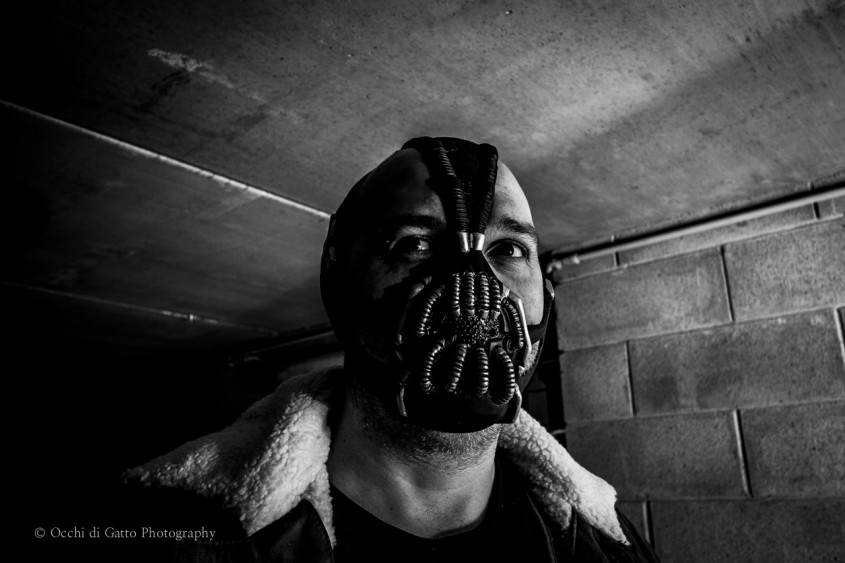 Subjects will often look odd and deformed by perspective, but you can always take a step back and eventually crop the photograph to have a tighter crop on the subject without deforming it. Remember: deformation due to perspective depends on the distance between you and the subject, not on the lens. If you are shooting a half-figure portrait or a whole figure portrait, it’s a different whole story: in this case, the lens is perfect and you can be quite sure not to “cut off the feet” from your subject.

I love to photograph my life. I love to photograph the people, the moments and the stories that come across my life. Starting from this premise, I’m not really interested in pixel-peeping tests about how sharp a lens is. Of course, I’m not going to lie: when I shoot with my Fujifilm XF 35mm f2 I’m always surprised for how much sharp the image is. The 35mm F2 is tack sharp. The XF 18mm F2 is not that sharp, but it has character, personality, charisma and will affect your photo with all these features.

Don’t misunderstand me: the chromatic performance is very good (especially with the film simulation Classic Chrome, setting everything to 0, beside sharpness +2 and noise reduction -2). 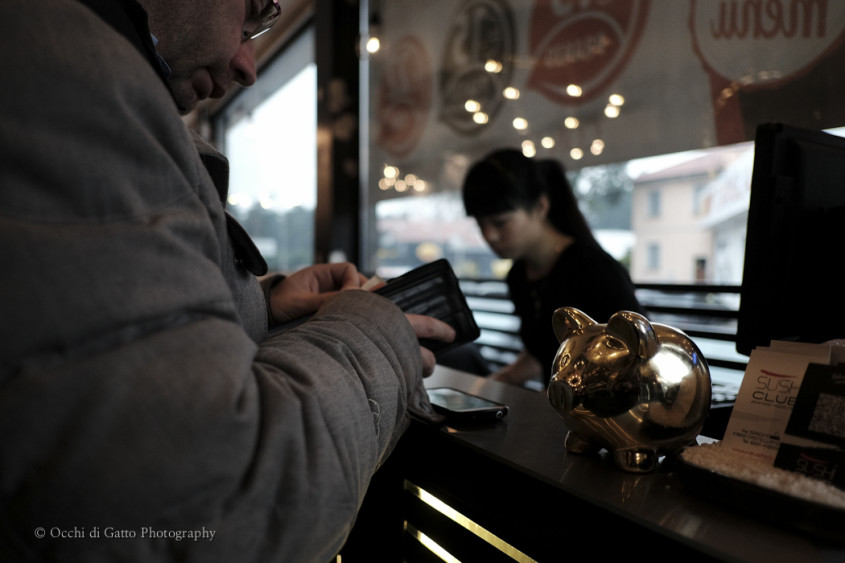 But when shooting with a wide focal length like this, colors bring another distraction element. The XF 18mm F2 Fujifilm is a lens that loves shadows, light playing, lines, shapes, textures. That’s why I suggest you use it for your Black & White photography (settings: Black&White Yellow Filter film simulation, shadows +2, highlights +2, sharpness +2, noise reduction -2): this lens not only loves B&W: it claims it! Try to underexpose your image by – 2/3 eV…and by magic your photo will get an eternal and ageless look. 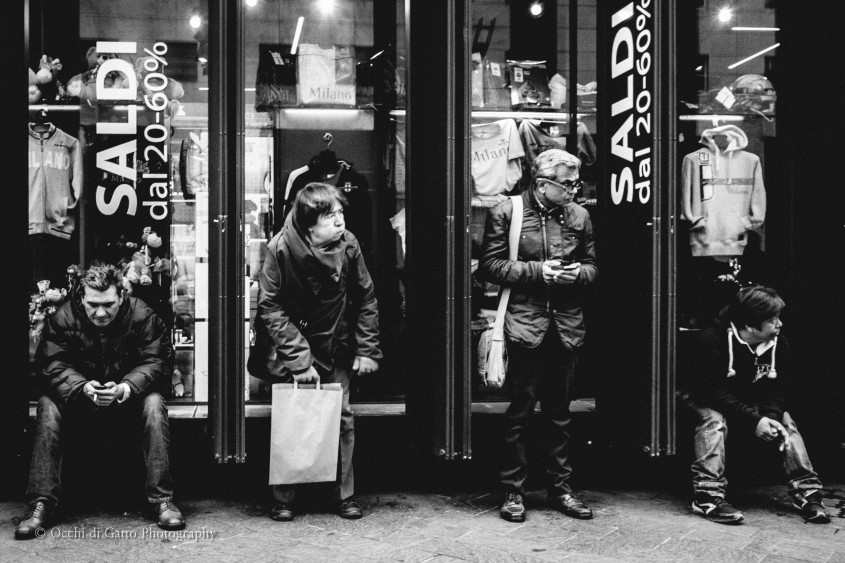 I have to confess: the autofocus of this lens is not the top of the speed and precision, but I don’t agree with what Eric Kim says in this article. Eric says this lens sucks about autofocus speed and precision. Instead, I think that (after the new X-E2 firmware) it became a lot faster and more precise, though not reaching sci-fiction performance.

The Fuji XF 18mm F2 is a hate or love lens. Your hate it or love it for the same reasons, being the main one the strong perspective feeling that affects the photographs you shoot with it: what is close will be big, what is far will be small. I found this to be the reason I love it because it gives strong personality and magic tridimensionality to your photographs.

It’s not an easy focal. The more elements you put inside the frame, the more difficult becomes to avoid distractions from the subject. Don’t give up. This lens will teach you composition, it will improve your skill to find order in chaos. It will make you love shooting black and white.

I’m not paid or endorsed by Fujifilm, nor I ever had any free stuff from Fujifilm. But this lens is an amazing and cheap tool for photographing your life. Some lenses disclose the beauty of human faces in portraits. Some lenses capture every single detail of a landscape. Some other lenses are made to tell stories and that’s the gift you’ll get from the Xf 18mm F2 Fujifilm: it will help you in telling beautiful stories.

Subscribe my newsletter to be informed of new posts!
We use cookies to ensure that we give you the best experience on our website. If you continue to use this site we will assume that you are happy with it.Ok